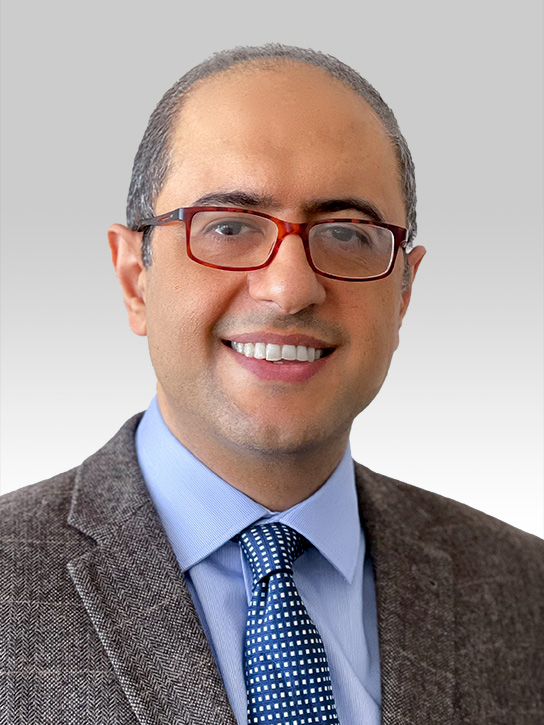 Pejman Dalaie, MD, is a nuclear medicine physician with over 8 years of experience, focused on the field of PET-CT scan, cardiac SPECT imaging, and the growing field of theranostics, including lutathera therapy in gastroenteropancreatic neuroendocrine tumors (GEP-NETs).

During his work as a Movement Disorders Research Fellow at Loma Linda University Medical Center, he was involved with brain imaging and was impressed by realizing the significant advances in the role of nuclear imaging like brain FDG-PET for the diagnosis of neurodegenerative disease and seizure focus localization.

Dr. Dalaie was actively involved and presented various research projects, including” Radiomics Analysis of Clinical Myocardial Perfusion SPECT to Predict Coronary Artery Calcification” and “Standardizing the Interpretation and Reporting of PSMA–targeted PET Imaging Studies”, some of which were recognized and awarded respectfully.

Dr. Dalaie received his medical degree from Shahid Beheshti University of Medical Sciences, followed by enrolling in a Master's in Medical Science (Infection and Immunity) at the University of Sydney. He completed his Internal Medicine Internship at Saint Agnes Hospital in Baltimore, Maryland followed by completion of Nuclear Medicine Residency and PET-CT Fellowship at Johns Hopkins Hospital.

Through all of these experiences, he has kept his clinical and interpersonal skills well-boned and gained an appreciation for the high regulatory standards and ethical issues regarding patient care.

In his spare time, he enjoys traveling, playing tennis, cooking, and spending time with his family. He is very excited to be part of NYCBS physicians and is proud to work with such a fantastic team of practitioners. He is also fluent in Farsi(Persian).